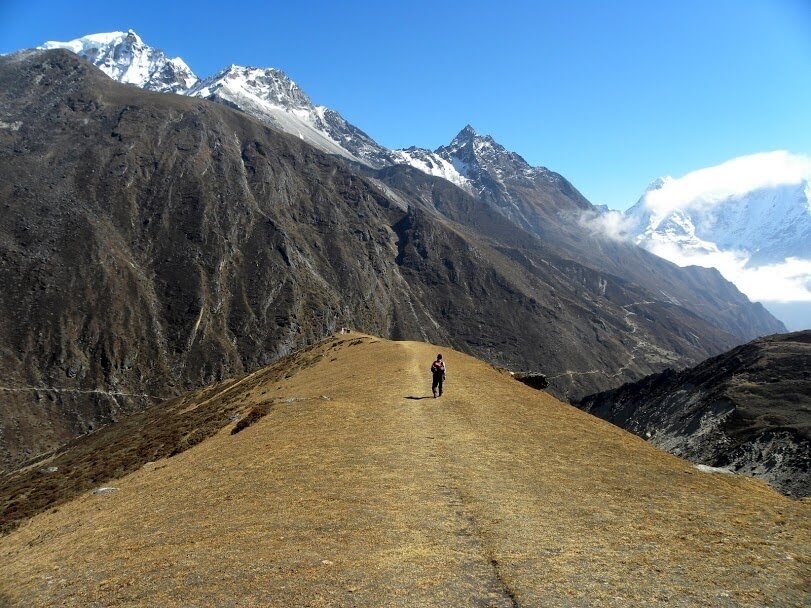 Mount Everest Expedition from Tibet is the expedition package in which the highest peak of the world (8848 m) is the dream of every climber. We help make this dream a reality. Our Mount Everest Expedition from Tibet begins in Kathmandu: we meet at the hotel “Yak & Yeti”. Since it is possible to arrive on different flights, transfers from the airport to the hotel can be arranged.

On the first day, we deal with obtaining a Tibetan visa. After preparing for departure and visiting interesting places in the capital of Nepal.

Two days later we begin our journey to Tibet: we fly from Kathmandu to Lhasa, the ancient capital of Tibet. We examine the city and after 2 days we move to Shigatse (3900m). Next day we are in the city of Shegar (Xegar, 4200m). We arrange a day of rest in Shegara to acclimatize, and the next day we move to Everest Base Camp (BC, 5200m).

Highlights of Everest Expedition from Tibet

The climbing period in Everest Expedition from Tibet

After 2-3 days of rest in BC, we begin, with the help of yaks, lifting equipment to the Advanced Base Camp (hereinafter referred to as ABC, 6400 m). After its opening, the expedition members go to the ABC the next day. A comfortable camp is being established here, similar to our BC.

A little later, after our Sherpas set Camp 1 on the North Col (7000m) but we will go up there and spend one night there for acclimatization. After that, we go down to BC and rest for 3-4 days. At this time, our Sherpas will set Camp 2 (7700m). We will reach Camp 1 (on the North Col) on the next exit and try to climb Camp 2.

Usually, this is difficult to do right away or due to bad weather or lack of acclimatization. In case of failure, we will descend to ABC, and after a rest, we will try to reach the camp 7700m again. After we spend one night in camp 2 (7700m), we will descend to BC for a long rest.

At this time the Sherpas will establish Camp 3 (8300m). After May 15-17, climbers, as a rule, are in the ABC camp and begin to wait for a favorable period of whether to carry out a decisive assault. Practically, having risen to camp 3, one attempt can be made. It will not be possible to recover quickly and the supply of oxygen will be spent.

The advantage of our Mount Everest Expedition from Tibet is that it does not start too early and that it ends after June 1st.

The end of May is usually the best time to climb in terms of weather. We return to Kathmandu on June 5-6 after finishing Mount Everest Expedition from Tibet. We place again in “Yak & Yeti”. From here, the team goes home, taking a piece of Everest with them in their own heart.

This is an Adventure trip for travelers on limited time & Budget. The breathtaking overland route from Kathmandu to Lhasa offers truly spectacular views of the Himalayas, High mountain passes, ancient monasteries, fortresses & culture from a bygone era. This popular tour to Tibet is an 8-day trip, traveling along one of the most spectacular overland journeys on the 920 km stretch of road, known as the Friendship highway, between Kathmandu & Lhasa and fly back from Lhasa Airport.

The trip allows a number of detours to the highlights of the Tsang Province and Lhasa City, and offers a spectacular insight into the life and culture of the friendly Tibetan people so  from the ancient monasteries with chanting monks, to the tranquil shores of the Turquoise Lake Yamdrok tso and  to the kumbum (literally 100,00 images), the most stunning architectural wonder of Tibet & to the city of wonders, Lhasa. This trip concludes with the breathtaking Trans-Himalayan flight from Lhasa to Kathmandu.

Full Board Service Cost Include

Base Camp Service Cost Include

Be the first to review “Everest Expedition from Tibet” Cancel reply

Bidding For - Everest Expedition from Tibet